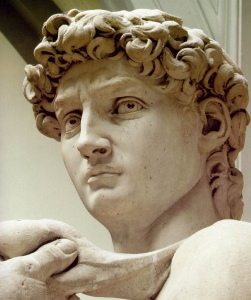 Poor Saul has been judged harshly. He had massive issues to deal with. The Philistines held a major dominance in the land and he had to deal with that. On top of that he was the first king in a land with no administration and not even a proper army. His people were poorly equipped, as iron was controlled by the Philistines. There was no palace, probably not any taxes – so plenty of cuts, well austerity at least! Also Samuel seems to have been quite tough with him. Even a strong healthy mind would have struggled with all he had – and he surely did struggle. After a 2 mistakes (not that serious, certainly not as bad as adultery and murder) he is told he will not be king for long but someone else will take over.

Next, David comes along and takes all the glory! Saul’s son Jonathan loves David more than himself and his daughter Michal falls in love with him. Saul must have been pretty sure that if someone was going to take over it would be David.  One big recipe for jealousy!

Samuel? There seems to be a big time gap between the destruction of Israel’s army and the capture of the Ark, and Saul coming along. What did Samuel do in this time? He didn’t help get rid of the Philistines did he? There was an incidence of a sacrifice and subsequent victory but it seems the people needed a warrior more than a prophet.

David. One thing that really strikes me about David is that he really had it tough in his early years. He needed to be because he was the one who finally dealt with the Philistines. It was David also who finally completed the conquest started by Joshua all those years before.

Unlike Saul, David made some obvious changes to Israel. He chose a new capital: Jerusalem that was neither originally part of the north or the south. Neither did it belong to any particular tribe. For this reason it was supposed to help bring unity. David also brought in taxes and a proper army.