The importance of the Exodus to Israel 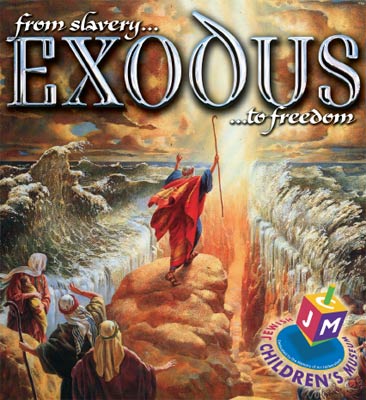 This essay explains and elucidates the following statement: ‘The Exodus is such a significant event in Israel’s history, that it serves as more than just an account of the wandering in the desert. It is a paradigm, a pattern of how God deals with his people, signifying the formation of relationship’. In this essay it will be shown that the Exodus was of great importance to Israel, that in the Exodus God reveals himself as a father and that this intimate relationship carries on into the future.

“Exodus” is a Latin word that is derived from “Exodos” which appears in the Septuagint.[1] It means “exit” and is used to refer to both the Biblical book and similarly the exit of Israel from Egypt, the wandering in the desert and the giving of the law. In this essay, the term Exodus is used to refer to the events surrounding the exit of Israel from Egypt rather than the book itself.

Before looking at why the Exodus was so important to Israel it is worth considering how ordinary people before and after the time of the Exodus viewed the supernatural, in particular the ancient myths from Mesopotamia and Egypt. The Akkadian myths coming from Mesopotamia were known throughout the near East from the mid-second to mid-first millennium BC.[2] These tales would have been told in Sumerian, Hittite, Hurrian and Hebrew, so would have been familiar to the Israelites.  Similarly, Egypt was a powerful nation that had been united since 3000 BC.[3] As the dominant force in the near East, and the place where Israel itself had spent several hundred years, the beliefs of the Egyptians would also have been well known to Israel.

In the Akkadian tale Atrahasis,[4] typical of many creation accounts, man was created as a slave. The lesser gods were tired of the much work they had to do and there was a rebellion. To solve the problem man was created to do the work. Later man is considered a pain because of the noise he creates, and the gods send a flood to wipe man from the face of the earth. There were many gods and they were all far from perfect and certainly not good or loving. In Egypt the gods were responsible for everything.[5] Many people of the time would have logically concluded that the reason Egypt was stronger than any other nation was because its gods were stronger.

Into this background Yahweh shows up and, unlike the gods of Egypt, reveals his name to Moses.[6] It must have been a remarkable shock when a new god turned up in town and overturned the long known and trusted gods. The god of the sun Aton-Ra, credited with creating the world,[7] is put out of action (Exodus 10:22). The Nile, the basic source of life for Egypt, considered to be divine[8] is turned to blood (Exodus 7:20). Also the Pharaoh, considered a god,[9] meets his match and against his wishes has to let the Israelites go. In contrast to the Akkadain tales, rather than creating slaves, God delivers the people from slavery. Also He cares for his people, providing food and water for them, and brings them into a new land, flowing with milk and honey.
The fact that the Exodus is important to Israel can be seen in many ways. The first obvious way is through the sheer number of times it is referred to in the Old Testament. The term “out of Egypt” appears 142 times in the NIV Bible. Only a handful of these are either from the New Testament or refer to other events such as the return of Joseph’s brothers to Jacob. After the North-South split during the time of Reheboam, Jereboam wanted to keep the Northern tribes from worshipping in Jerusalem. To achieve this end he produced two golden calf idols and appealed to the tribes saying that these were the gods that had brought them out of Egypt (1 Kings 12:28). This scheme, which worked, owes it success to the fact that the Exodus was of great importance to these people. (Ironically, the practice of worshipping golden calves seems to have had its origin in the Apis calf cult of Egypt.[10]) When the temple was completed we are told that this happened 480 years after the Exodus. When dating an event it always customary to measure it relative to another very important event. Also from Jeremiah we learn that even in his time it was common to mention that God had brought his people out of Egypt:  “So then, the days are coming,” declares the Lord, “when people will no longer say, ‘As surely as the Lord lives, who brought the Israelites up out of Egypt’ (Jeremiah 23:7).

In the Exodus God becomes a father to Israel. Explicit mentions of this are in Exodus 4:23: “and I told you, ‘Let my son go, so he may worship me.’ But you refused to let him go; so I will kill your firstborn son.’” Hosea 11:1 says, “When Israel was a child, I loved him, and out of Egypt I called my son.”

One of the first qualities of God that the Exodus reveals is that he responds to hurt:[11] “I have indeed seen the misery of my people in Egypt. I have heard them crying out because of their slave drivers, and I am concerned about their suffering” (Exodus 3:7). God reveals himself as a father who cares for his hurting people and actively seeks to deliver and save them.

That God became a father to Israel can be seen in many other ways. Like a father, God leads Israel – through the pillar of cloud and the pillar of fire (Exodus 13:21). God provides for their basic needs. He gives them food to eat in the form of manna and quail (Exodus 16:4; Numbers 11:31), and water – even out of a rock (Exodus 17:6).

God also goes to great lengths to teach Israel what is right and what is wrong. There is a continual mention that obedience leads to being blessed and disobedience to being cursed. A striking example of this comes in Deuteronomy 11:29 when the priests are commanded to stand on Mount Ebal and pronounce the curses that will come for those who disobey, and then to stand on Mount Gerizim and pronounce the blessings for those that obey God’s law.

When God dealt with Abraham and the patriarchs the reader gets the impression of one-off meetings, for example in Genesis 18:1 the LORD “appears” to Abraham. In the Exodus God comes to dwell with his people. Israel knows that God is with them all the time through his presence in the pillar of fire and pillar of cloud, and then in the tabernacle: “Then the cloud covered the tent of meeting, and the glory of the LORD filled the tabernacle” (Exodus 40:34).

Like a father God gives Israel good things. As well as providing food and water, He leads them into a land “flowing with milk and honey” (Exodus 3:8). He wants his people to be joyful and appoints festivals: specific times where they are to stop working, remember what God has done for them, enjoy fellowship and celebrate (Exodus 23:14).
As God was a father to Israel during the Exodus, so he continued to be a father to them in the future. There are many explicit references to God as a father in the rest of the Old Testament: for example, in the Psalms (Psalm 68:5, Psalm 89:26), and in the Prophets (Malachi 2:10).

God continues to make a clear distinction between what is right and wrong, continuing to punish those who do wrong. God used Israel’s wanderings in the desert as an example to teach those born long after. The Apostle Paul interprets the fact that “their bodies were scattered in the wilderness” as a warning to Israel of what would happen to them if they set their hearts on evil things (1 Corinthians 10:5). In Numbers 26:10 we learn that Korah and his family were destroyed as a warning. We are told that as God scattered the bodies of the Israelites in the desert, so he would scatter Israel among the nations because of their disobedience (Ezekiel 6:8).

We are also told that as God brought Israel out of Egypt so he will deliver them again. As He delivered Israel from Egypt so he would bring back his people from the lands of the North – Babylon: “but they will say, ‘As surely as the Lord lives, who brought the descendants of Israel up out of the land of the north and out of all the countries where he had banished them.’ Then they will live in their own land” (Jeremiah 23:8).

Like a father God continues to provide for his people as he did in the desert: “I am the LORD your God, who brought you up out of Egypt. Open wide your mouth and I will fill it” (Psalm 81:10). As God gave Israel the law during their wanderings in the desert he later promises that he will write his laws on their hearts: He will help them to keep his commands (Jeremiah 31:33). He also promises to establish Israel and bring an anointed one who will bring this about (Isaiah 9:6-7).