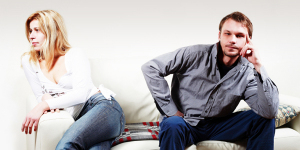 I have not really considered how the fall affected marriage. So according to Genesis 3 the woman now is desperate for the love of a man. The man wants to dominate over the woman rather than protect and love her. Also the man now has to work harder to survive and the woman has pain in childbearing.

The identity of the serpent. There is no reference in this passage to the serpent being the devil, however in Revelation 12:9 and 20:2 the devil is called “that ancient serpent”. We are told here that he was a wild creature, created by God, more crafty than anything else in creation. Also he can speak. Later in this passage we are told that he is under a curse. He will strike the heal of man, but in the end will be crushed by man.Watch movie online Rings (2017)

Sin. There is no explicit reference to sin in this passage. What we do learn however is that you cannot sit down and calculate what is right or what is wrong. Doing what God says is right; doing what forbids is wrong.

God. From Genesis 3 we see God’s firm judgement – for example cursing the serpent and the earth, and making life more difficult for the man and the woman. However, we also see mercy in the midst of God’s judgement: he creates clothes for the man and woman to cover their nakedness.