Review of The Return of The Prodigal Son 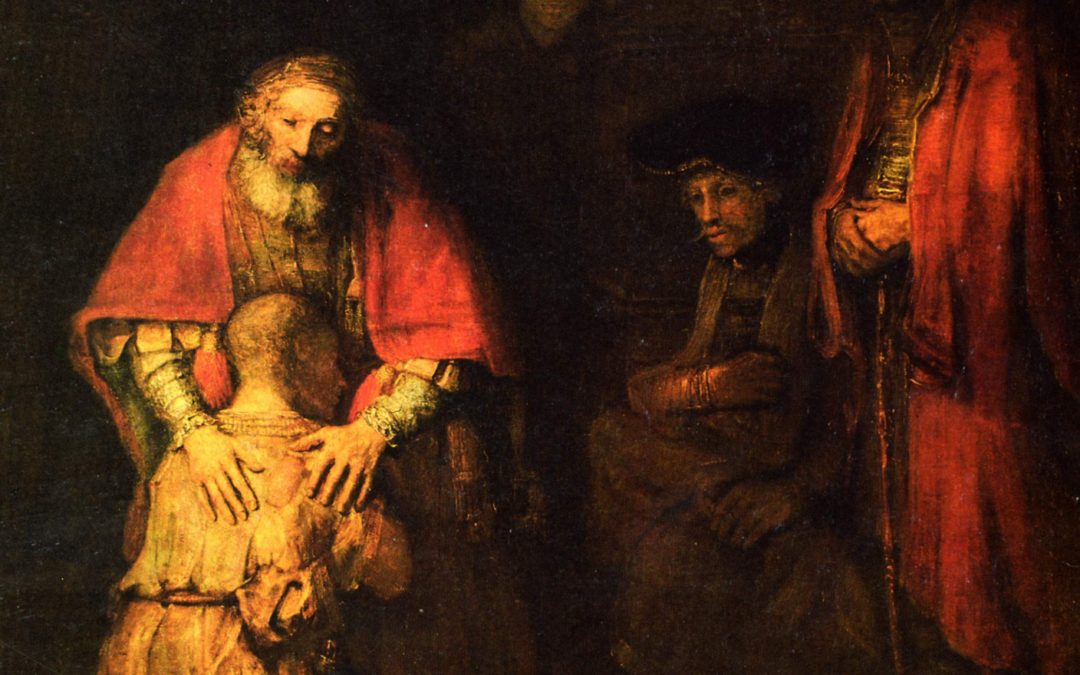 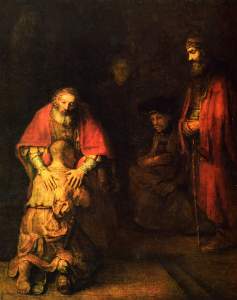 Review of “The Return of The Prodigal Son” by Henri J.M. Nouwen
Caleb O’Loan

1. Summary
The book centers on the painting ‘The Return of the Prodigal Son’ by Rembrandt and a time of transition in the life of the author Henri Nouwen. The book starts with a viewing of a copy of the painting by Nouwen while a lecturer at Harvard University and finishes with Nouwen working with mentally handicapped people in Toronto. In between we learn of the spiritual journey of Nouwen, his viewing of the painting in Russia and how it gave him a greater understanding of God, himself and what God was calling him to. The main theme of the book is the love of God and our response to God’s love. Nouwen analyzes, in considerable depth, the three main characters in the painting: the younger son, the elder son and the father. Nouwen looks at the unconditional nature of God’s love and the difficulty that we have in accepting it.

I would like to consider the contribution of this book to Christian Spirituality, in particular the originality of approach and the testimony of the author. Finally I would like to mention how this book has helped me.

2.2 Testimony
Testimony is a powerful medium for communication. Nearly all humans, whether highly educated or not, find it easier to relate to the experiences of other men and women rather than to abstract principles. In this book significant emphasis is placed on Nouwen’s struggle with God. We hear about his discovery of secret jealousies and pride; we hear about his uncertainty about where it is that God wants him to be. Then, towards the end of the book, we hear about his arrival into the place where God wants him to be, and knowing his place. Despite his imperfections, he can see that God has worked in his life and has brought him to a place where he can in turn be a blessing to others. C.S. Lewis wrote, “We read to know that we are not alone” (quoted in Barton, p. 11). It is wonderfully encouraging to be reminded that others struggle with the same things that we do. Also, that despite the weaknesses that we know in ourselves, God has a plan and purpose for our lives and can use us to be a great blessing.

3. Personal thoughts
I left academia only two years ago after completing a PhD and lecturing for a short while in the Mathematics department at the University of St Andrews. In that environment information is highly thought of. Academics, just like the Ancient Athenians, are interested in learning about, and contributing to, all the latest ideas. More recently, after reading this book, I have been spending time on a weekly basis with a friend who had a mental breakdown and can barely communicate. What has surprised me in my relationship with him is that the lack of verbal communication between us is not that important. The relationship is primarily about being together and being content in each other’s presence. In the academic world one would disbelieve that one could possibly live in this way. I am reminded of Richard E. Byrd, who after months alone in the barren Arctic wrote, “I was learning… that a man can live profoundly without masses of things” (Byrd, p.120). The Return of the Prodigal Son prepared me well for this relationship, its focus on an embrace rather than Spiritual principles, guided me away from trying to find a “quick fix” for my friend and know that by just being there for him, like the Father in the painting, I can be a great blessing to him.
Bibliography
Barton, Robert and Annie McGregor , Theatre in Your Life, Cengage Learning, 2008
Byrd, Richard, Alone, New York: Putnam, 1938 (first) Washington, DC: Island Press, 2003 (latest)
Nouwen, Henri J.M., The Return of the Prodigal son, Darton, Longman and Todd, 1994