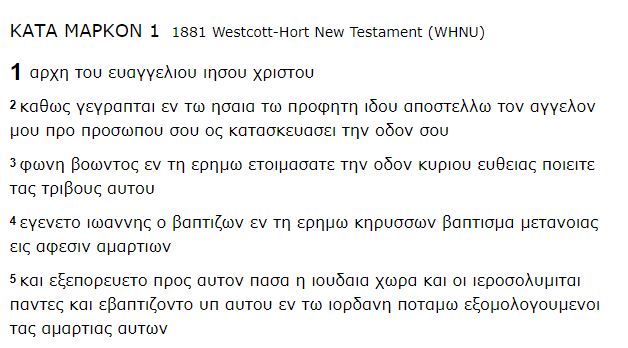 Yesterday I listened to (on my Bible Audio app) the Gospel of Mark in pretty much one sitting.

Here are some notes on what struck me.

There is the intensity of it. The intro about the Good News then the quotation mixing Malachi and Isaiah. Then soon we have the time is fulfilled. Miracles some teaching etc.

It is very much a story of Israel. There are connections with the Law (questions about the Sabbath, resurrection), the Psalms (22 at the Crucifixion), and the Prophets (quotation at the start and theme of the coming of the Kingdom of God). Many famous characters are referenced to. John the Baptist’s description makes one think of Elijah. Then Jesus says he was Elijah, and Elijah comes on the mountain at the transfiguration. Moses is also there and in other places when the law is mentioned. The stilling of the waters also makes one think of Moses. Thoughts of Elisha and Elijah come when the raising of the dead girl. There is also plenty of reference to David. In the incident about plucking grain on the Sabbath, Jesus is hailed as Son of David. There is reference to the coming Kingdom of our Ancestor David. There is also the question concerning Psalm 110. Abraham is mentioned once along with Isaac and Jacob in relation to the resurrection story.

The feeding of the multitude (twice) would have made a Jewish reader think of the manna in the wilderness. The calming of the sea, the crossing of the Red Sea. The death of Jesus and its connection with Passover is very deliberate.

I was very interested in Mark 13:24-26 which is much closer to the great commission than anything I expected in Mark’s gospel:

‘But in those days, after that suffering,

the sun will be darkened,
and the moon will not give its light,
25 and the stars will be falling from heaven,
and the powers in the heavens will be shaken.

26 Then they will see “the Son of Man coming in clouds” with great power and glory. 27 Then he will send out the angels, and gather his elect from the four winds, from the ends of the earth to the ends of heaven.

Previously along with many other contemporary Christians I would have thought of this as about Jesus’ second coming.

There is more about faith and repentance, in a more explicit way, than in the OT. Although of course it is there, it is clearly named and praised.